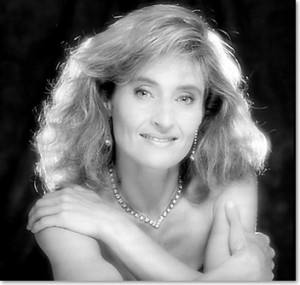 In clubs, restaurants and cabarets as a duo, trio or larger, this group pleases listeners with fresh and unusual tunes as well as warmly familiar, though originally executed, material. Donna’s voice has been described as “sultry and warm”, “brilliant and alive, her stage presence warm and inviting.

Donna’s singing career is a natural outcome of a life-long involvement in the performing arts. She was a member of experimental theatre groups and danced with a small company in her native New York. Donna began singing in San Francisco as a founding member of Full Swing, a Vocal Jazz Quartet. She’s sung with the Oakland Interfaith Gospel Choir, with a 20 piece Big Band, and in numerous Jazz combos under her artistic direction.

Following a successful engagement at The Hotel Alpha Playboy Club in Japan, Donna has appeared locally at the The Starlite Room of The Sir Francis Drake Hotel, as bandleader at The Terrace Bar of The Claremont Resort Hotel, at local nightspots such as Pearl’s, Cetrella, the no name bar, Joe LoCoco’s, Hotel Mac, The Mason Street Wine Bar, Harry’s, The Dock, The Union Hotel, Mulhern’s, 19 Broadway. She has entertained for numerous major corporate affairs, fundraisers, for wineries, country club functions, and galas in a career that has spanned two decades. A longtime favorite for local parties and galas, Donna is the bandleader and lead vocalist of the popular variety dance band, The Full Tilt! Band. Donna also headlines with the contemporary Swing,Blues and Classic Rock group, Sweet City Blues 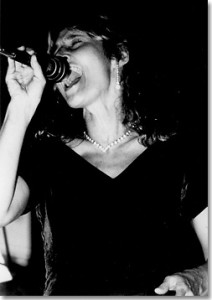 Our instrumentalists are among the best musicians and recording artists in the Bay Area. Credits include playing music with such artists as Jimmy Witherspoon, Robben Ford, Joe Henderson, Mary Stallings,Jack DeJohnette, Patti Austin, Levon Helm, and Maria Muldaur, and with national acts such as Harry Belafonte, Van Morrison, James Brown, Bob Dylan, and Bruce Springsteen on tour

Tasteful and Stylish jazz and eclectic pop for cocktail hours, dining or dancing at any venue or event

Let Donna Spitzer and her musicians entertain you at your next event!